Vienna to Bratislava Day Trip for a Solo Traveller

When I was planning for my solo trip to Vienna, I thought I would take a day trip to Bratislava because it is only a few hours away. And boy, am I glad I did!

As the capital of Slovakia, or officially the Slovak Republic, Bratislava is located in the southwestern side of the country and has a population of 450,000 people. Slovakia borders the Czech Republic to the north, Poland and Ukraine to the east while Austria and Hungary to the south. The country is mountainous and has many national parks, mineral springs, waterfalls, caves and castles.

Bratislava is one of the most compact capital city in Europe. A super chill city with lots of character. The city is small and easy to navigate, which makes a wonderful spot for a day trip, a weekend trip or a stopover. And the perfect opportunity to learn about the Slovak culture!

Before you make your way to Bratislava, take a look at some of my tips:

Disclosure: This post may contain affiliate links. If you buy something through them I will receive a small commission at no additional cost to you. Thank you for supporting this website. For more information, please read our disclosure for more info.

How to travel from Vienna to Bratislava

Taking a day trip from Vienna to Bratislava is super easy. You can take either a train or a scenic boat ride.

1. Direct train from Vienna to Bratislava

Once you arrive in Bratislava, the walk to the Old Town is about ten minutes, and there are public buses that will take you directly into the Old Town.

Just a reminder for when you return to Vienna: the last train from Bratislava to Vienna is at 11:15 pm.

2. Scenic Boat from Vienna to Bratislava

Bratislava Itinerary: What to do in Bratislava in one day

It is possible to see all the best things to do in Bratislava in one day. Follow my interactive map above. You can click on the individual pins to find out more information about each attraction.

After arriving at the train station, walk towards the Old Town. Along the way, you will see the Summer Archbishop’s Palace and Grassalkovich Palace (the Presidential Palace).

Continue to walk towards the Old Town. You will immediately be greeted with Michael’s Gate, and the Old Town Hall. The Old Town is quite charming and is worth spending a bit of time meandering through the cobblestone streets.

There are many foundations throughout the Old Town including Maximilian’s Fountain, Woman with a Vase and many more.

And make sure to look for some of the bronze sculptures including one called Man at Work.

After strolling through the Old Town, walk west and visit the Bratislava Castle up on the hill; a must-see attraction when you visit Bratislava.

For another view of Bratislava, cross the Most SNP bridge to the UFO Observation Deck where you can get a panoramic view of the city.

Then continue the walking path parallel to the Danube River until you see Dunajský Pivovar. It is a hotel and a fantastic place to enjoy a beverage or two.

When you are ready to go back, returned to the other side via the Old Bridge.

Slovak National Theatre and the Blue Church are both on the way back to the Old Town.

If you have time, check out some of the museums. I spent some time in the Nedbalka Gallery, which is in a delightful small building and the permanent exhibit is displaying modern art in Slovakia. There is also Bratislava City Museum, Slovak Design Centre and SNM Natural History Museum.

Want to see Bratislava with a tour? Try one of these:

What to Eat in Bratislava

Eating is a big part of any culture. And it is no except with Slovak cuisine. I had no idea what type of food they have until now. They have a lot of meat dishes, various types of cheese (especially sheep cheese) and beer, of course!  Eating in Bratislava is relatively inexpensive. Depending on the restaurant, a dish can cost between $2-6 EUR.

I researched a whole lot (as you can see) about Slovak cuisine. Below is a list of the traditional Slovak dishes in which I tried about three-quarters of the list. I can say without a doubt, that a lot of them are delicious! Especially if you like meat and cheese!

Where to Eat in Bratislava

As I was in Bratislava for a few days, I tried all of these suggested restaurants and cafes. I included the location in the map for easy reference.

Where to Stay in Bratislava

If you want to stay overnight or a few days in Bratislava, there are a handful of affordable hotels and Airbnb accommodations.

From my research on Agoda, hotels in the Old Town is about 30 EUR and up. And a dorm bed in a hostel starts from 12 EUR a night.

Bratislava is a quaint little town where you can spend more than a day. Plus you can take plenty of day trips from Bratislava and explore the neighbouring area in Slovakia.

I’m so glad to have visited Bratislava! It is definitely worth visiting if you haven’t yet. Did I miss any must-see’s? Also, if you like this post, share it and pin it! 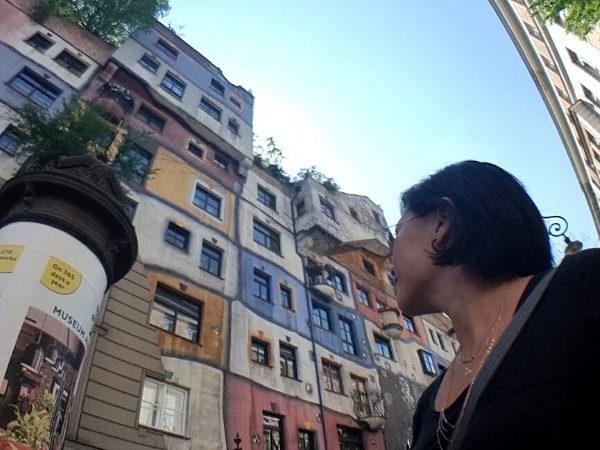 How To Save Money On Airbnb Rentals: My To 14 Tips

Everything You Need To Know About Airbnb