Tainan Travel Guide: Things to do in Tainan as a Solo Traveller

Tainan (臺南) is the oldest city and was the ancient capital of Taiwan. Located on the southwestern coast, Tainan has a warm climate year-round, making this city a great place to visit. Moreover, Tainan has a rich culture where it is home to many historical sites, famous temples, and has a deep-rooted food culture as well.

And if you’ve been an avid reader on my blog, you will know how much effort I put into researching for food! Tainan is known as the “city of snacks,” and it is all true! The city is full of delicious food!

Besides all the delicious food you can try in Tainan, there are many things to do in Tainan City as a solo traveller. Keep reading my Tainan travel blog for all my suggestions so you can create the ultimate Tainan itinerary!

Before you travel to Tainan, take a look at my post on learning all my best tips for travelling to Taiwan. I included a lot of information, including getting a Taiwan prepaid SIM card, transportation around the country and more.

Here are additional travel tips that you may find useful for travelling to Tainan City:

How to get to Tainan City, Taiwan

From Taipei to Tainan

Below is a sample route from Taipei which the journey includes Taiwan High-Speed Railway (HSR) and Taiwan Railways Administration (TRA) local train.

From Kaohsiung to Tainan

From Tainan Airport to Tainan

Tainan Airport is mostly a military airport but it does have regular flights. However, most flights are domestic (UNI Air) and only three international flights including Hong Kong (China Airlines), Osaka (China Airlines) and Ho Chi Minh City (Vietjet Air).

If you are coming from Tainan airport, here is how you can get into the city.

What to eat in Tainan

Known as the city of snacks, Tainan is known for all the delicious food! Typical meals are small in portion, which is great if you want to try a lot of different food. Unlike the north, there is a lot of seafood option in Tainan and food tends to be sweeter (Tainan was a hub for sugar production).

Other than the typical Taiwanese food which you will find anywhere in Taiwan, you will find food that is unique to Tainan only. All the online Tainan food guides will tell you these are the food you must try:

Where to eat in Tainan

Tainan is a foodie destination. You can find unique local dishes that you cannot find anywhere else in Taiwan. The food portion is small which means you can try more. As a solo traveller myself, sometimes I want to try too many things, but my stomach just cannot handle it! So a smaller portion means more you can order more!

Below are some night market and budget food suggestions in Tainan. You can find more information about each location in each pin in the attached google map (see above).

What to do in Tainan City

Tainan City’s ancient streets and monuments reflect all the different eras of historical and cultural importance and each culture is preserved impeccably through its architecture. The Dutch settled in Tainan until 1661 when Chinese General Zheng Chenggong (known as Koxinga) took back Tainan. Then many Chinese immigrated and inhabited in Tainan since and the economy boomed and the city flourished. You can find all these different cultural influences throughout Tainan in scenic spots.

All the attractions in this post are pinned in the interactive map. You can find more information about each attraction by clicking on the individual pin.

As for the cultural and historical side of Tainan, the city has Taiwan’s oldest and most famous temples, the Tainan Confucius Temple.

Dating back to 1666, the temple went through several name changes due to the changes in political history and numerous reconstruction. Today, you will find the main temple, Dacheng Hall, centred in a symmetrical courtyard. As you walk further into the complex, you will find other temples and pagoda surrounded by giant banyan trees.

One of the oldest buildings in the West Central District is the Chihkan Tower. Originally built as Fort Provintia by the Dutch in 1652, it was used as an administrative centre in Tainan.

Walk through the entire premise to see the charming temples and lush green courtyard. And look for the nine sets of stone turtles. In Chinese culture, turtles are sacred animals and the animal symbolizes power and longevity.

Tucked away from the busy streets, Shennong Street is a quaint little street lined with small boutique shops where you will find handcrafted goods, cafes and restaurants.

And nearby, Mingzhu Road is full of all the local restaurants where you will find the best food in Tainan. Look for Jin de Spring Rolls and A Song Steamed Sandwich Shop. See more info in the food section.

In the centre of Anping District, Anping Old Street is bustling with different vendors selling Taiwanese treats. Go with an empty stomach and you won’t regret it. Weekends can be quite busy as it is a popular spot for locals and tourists.

Certain parts of Tainan had many influences from the Dutch when they occupied Tainan. Therefore, some attraction names have two names, such as Fort Anping which is also known as Fort Zeelandia.

Built in 1634, Fort Zeelandia was the original administrative center of the Dutch. When the Dutch were driven out of Taiwan in 1661 and Koxinga took the fort back, Fort Zeelandia became Fort Anping.

Today, you can see the inner fort in great condition as it was reconstructed. Also, the remaining crumbled red brick wall at the front, which is the last remnant of the Dutch period.

Anping Tree House is one of the best Tainan attractions that you should not miss. The premise has a giant banyan tree with branches and roots intertwined around the abandoned warehouse. Roots grow along the wall and branch off across the roof. It is hard to believe that houses are surrounded by only one tree!

The Koxinga Shrine is dedicated to Koxinga, a general from the Ming Dynasty who got the Dutch out of Taiwan in 1662. The shrine is very symbolic and important to Taiwan’s history as Tainan is the oldest city in Taiwan and was once the capital city.

Tour around the shrine and courtyard and marvel at the colourful structures. You will find the design is quite similar to the Tainan Confucius Temple.

At the east end of Tainan, the Eternal Golden Castle is a western-style fort built for defending against Japanese invasions. The fort was originally designed by French engineers and it was the first fort to hold British cannons in Taiwan.

Today, you will see the reconstructed fort where you can walk through the arched castle gate and see greenery around the square-shaped fort.

Chimei Museum is a private museum near Tainan airport. It has permanent collections on 13th to 20th-century western art, musical instruments, defence and armoury and natural history. And it has the world’s largest collection of violins.

But what is most impressive is the building, surrounding garden, and the oversized fountain. The entire scene is a replica of the Palace of Versailles in France.

If you are interested in seeing protected wetlands, ecological museums and temples, visit Taijiang National Park. The national park consists of 4,905 hectares of land and 39,310 hectares of sea. Tours can be taken to see the mangroves which form a “green tunnel” over the waterway.

One of the most popular attractions in Tainan is the Qigu Salt Mountain. The area has a long history with the production of salt as Qigu Salt Field supplied the largest amount of salt throughout Taiwan.

There are two salt mountains with over 60,000 tons of salt leftover from Taiwan Salt Corporation. You can climb up to the top of the salt mountain. And why not try salty ice-cream and learn about the history of salt production at the Taiwan Salt Museum next door.

Where to stay in Tainan

The best places to stay in Tainan are near the train station or in Anping District. It all depends if you would like a homey space like an Airbnb apartment, a hostel bed or a hotel room where you can book on Agoda.

Thank you for reading my Tainan day trip post 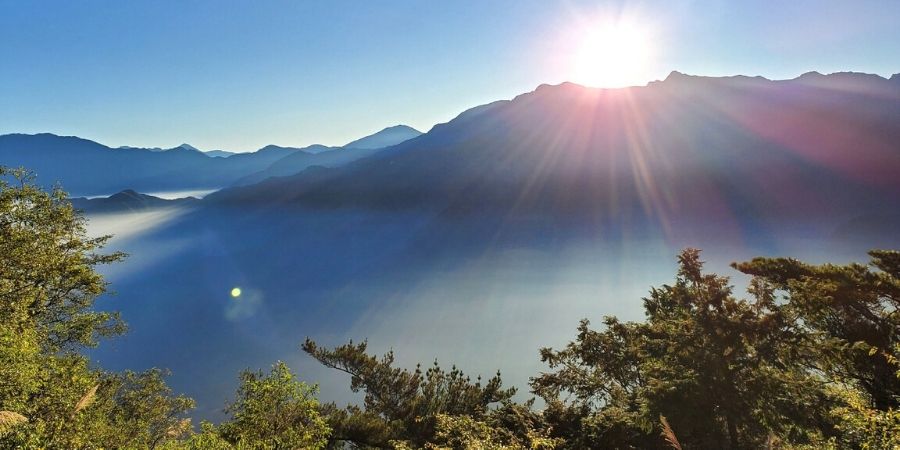 How to Travel from Chiayi to Alishan via Bus and Train 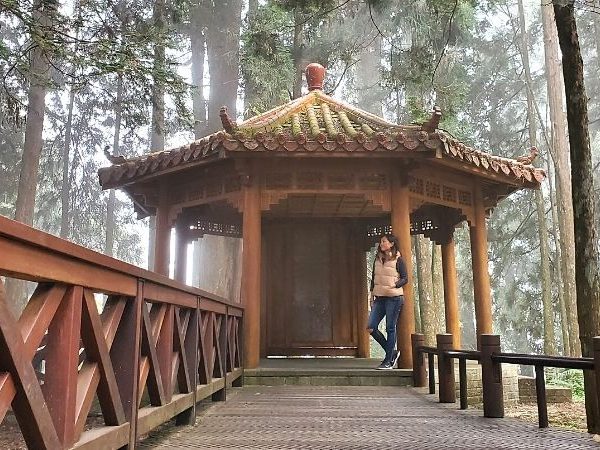 Alishan Taiwan: 2-Day Solo Alishan Itinerary for Exploring the Park On Your Own How to Plan a Trip With Google Maps and Saved Pins