Want to spend an hour hiking in Southern Hong Kong and see a rhinoceros? Well, it isn’t exactly a real rhino, but one of the large boulders on the east side of the Stanley Peninsula looks like the head of a rhinoceros.

The Rhino Rock hike is one of the most rewarding hikes but it can be tricky when it comes to navigating. However, the Rhino Rock trail is worthwhile because the hike is short and you can see the amazing rock formation. Moreover, you can easily combine other activities like exploring Stanley, a charming coastal town and hike the famous Violet Hill and Twins hike.

If you are wondering what the short hike is all about and how to go to Rhino Rock, then keep reading. I”ll show you exactly how you can explore one of the best off-the-beaten-path hiking trails in Hong Kong.

What you need to know before starting the Rhino Rock hike

Before you hike this Stanley hiking trail, check out my Hong Kong solo travel guide and get an overview of the city.

And here are some additional travel tips for hiking the Rhino Rock trail:

How to hike the Rhino Rock hiking trail

The Rhino Rock trail is not hard but the most difficult part is looking for the markers along the trail and descending a short slippery path on the way to the rock.

You can find the location by searching for the “Rhino Rock hiking trail“. It shows up as “Che Pau Teng – Rhino Rock Hiking Trail” in Google Maps.

However, the actual hiking trail is not in Google Maps. I took a screenshot of the Rhino Rock trail in the Hiking Trail HK app. And I included the elevation profile for the trail as well (see both below).

The whole hike takes about an hour. About 40 minutes going to the Rhino Rock and 20 minutes going back to the bus stop. It took longer to get there because of the slippery slopes.

Rhino Rock: how to get there

The trailhead for Rhino Rock is at Stanley Fort in Stanley Peninsula (see map). Bus 6A and 14 can take you to the start of the trail, which is also the last stop on the bus routes.

Here are the schedule and fares for both buses. For more information, look for Bus 6A or 14 in the “route list” on the CityBus website.

And if you are already in Stanley or completed the Violet Hill and The Twins hike, you can take bus 6A at Stanley Gap Road, or take bus 6A or 14 at Stanley Village.

Technically, it is possible to walk from Stanley Village to the start of Rhino Rock hike and it will take about 30 minutes. But the road is quite narrow, and the cars and buses drive quite fast. It is a bit dangerous. I recommend taking the bus to the trail and save your energy for the hike.

When you get off the bus at the last stop, you will see a set of staircase on the left side, next to the military base entrance. This is the starting point for the Rhino Rock hike.

Start your journey by hiking up the set of stone stairs which will take about 10 minutes.

At the top of the hill at Che Pau Feng

And this is the top of the Stanley Peninsula, which is known as Che Pau Feng (斜炮頂).

And on the righthand side, you will see the triangulation station.

Although it is not very obvious where the trail is, look for the red marker tied to the post on the triangulation station’s right. There is a narrow walkway into the bushes and trees, eventually leading you to the famous rock.

At the fork of the trail

So far you’ve done the easiest part of the trail because it is a straight forward hike up the mountain with stairs and a paved path.

The next part requires a bit of navigation. But don’t worry, all you have to do is find the red markers tied on trees and bushes.

After a few minutes in the narrow path, the trail splits into two. Both paths can lead you to the Rhino Rock but I find the path on the right is easier. Take a look at the photos below.

When you take the path to the left, the path is steep and quite slippery. If you choose this path, please be careful of hiking down the sandy path.

So I would recommend taking the path on the right. The narrow path continues but the steep descend is not as obvious.

The marked trail continues through the bushes and crosses a few rocky paths.

There are a few areas where you can walk on the rocky paths. But there is one where you will have to squeeze through a narrow gap between the large boulders.

It wasn’t very obvious to me where the actual trail is. I really had to look for the markers to make sure I am on the right path. Most of the markers are red, but on occasion, I found a few green ones.

If you go on a weekend, there will be other hikers on the trail as the Rhino Rock hike is pretty popular with locals. I went on a Saturday afternoon, and there were a few helpful people to make sure I was on the right path.

Arriving at the Rhino Rock in Stanley Peninsula

While I was hiking on the trail, I saw many large rocks on the mountain and kept thinking that each rock was THE Rhino Rock.

But the real Rhino Rock is very obvious because of the striking resemblance. And also because there were a lot of people hovering around the rock to take photos.

The tip of the large rock looks exactly like the head of the rhinoceros. You can clearly see the horn at the tip, and several small craters in the rock resembles the eyes and nose of the animal. And it even looks like the rhino has its mouth opened!

Behind the Rhino Rock, you can see Stanley Prison (large complex of buildings) in Tai Tam Bay.

And in the distance, you can see the mountain range of the Shek O Peninsula. If you are interested in other hikes in Hong Kong, check out Dragon’s Back where the trail runs on top of these mountains.

Move closer to the Rhino Rock for more photo opps

I saw some people climbed on top of the Rhino Rock to take photos. It is an awesome Instagram photo opportunity. But I know myself – I’m pretty clumsy and afraid of heights so I didn’t dare.

But if you are interested in climbing on the Rhino Rock, there is a rope at the back that can help you get up.

I only managed to move closer to the Rhino Rock by climbing the small path to the left side of the rock. And got to this point and walked down a few steps to take photos.

When you have taken all your photos and rested, return to the start of the hike. Going back is much easier. It will take less time, about 20 minutes or so. Then take bus 6A or 14.

Are you going to trek the Rhino Rock hike in Hong Kong?

I highly recommend the Rhino Rock hike because it is a short and easy hike that you can complete within an hour. But make sure to wear good hiking shoes because the trail can be quite steep and slippery.

And while you are already in the Stanley area, make a full day of hiking, and consider hiking The Twins and Violet Hill as well.

And if you have any other questions regarding this hike or other hikes in Hong Kong, leave a message in the comment section below. 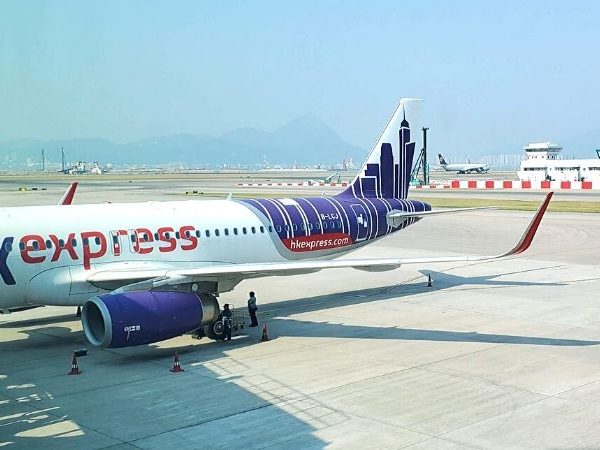 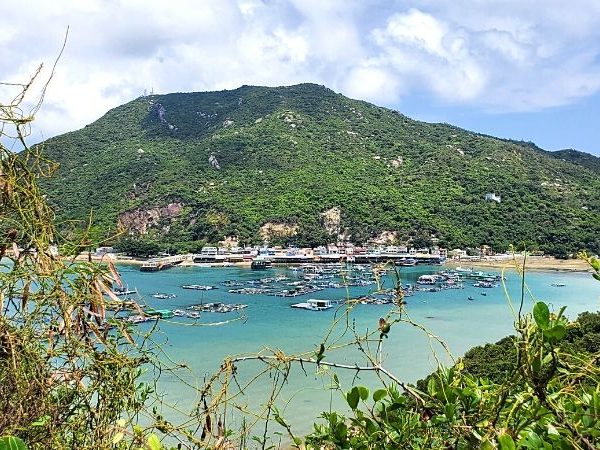 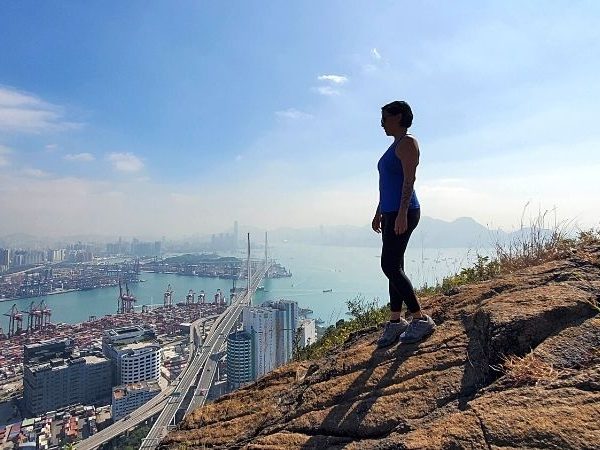 How to create a Minimalist Travel Wardrobe for Every Trip