Travelling to Jiufen from Taipei: Learn How to Take Public Transportation to Jiufen, TAiwan

There is so much to do outside of Taipei (台北), Taiwan. One of the best day trips is visiting Jiufen (九份), which is a quaint town 40km east of the capital city.

While Jiufen used to be a gold mining town, the charming town is a tourist hotspot today. Some highlights include local food specialties and teashops along Jiufen Old Street (九份老街), seeing panoramic views from Teapot Mountain (無耳茶壺山登山) and Keelung Mountain (基隆山), and visiting the golden Yinyang Sea (陰陽海) and cascading Golden Waterfall (黃金瀑布).

Whether you spend a few days in Taipei or a few weeks in Taiwan, make sure you get out of the capital city and explore the rural side of Taiwan.

In this post, I’ll show you the easiest route to Jiufen from Taipei and alternate routes as well.

Wondering where to stay in Taipei? Check out my favourite accommodations in Taipei

Before you visit Jiufen in Taiwan

Before you go to Jiufen, take a look at my post on all my best tips for travelling to Taiwan. I included a lot of information, including getting a Taiwan prepaid SIM card, transportation around the country, and more.

Here are a few quick tips for travelling to Jiufen from Taipei:

Disclosure: This post may contain affiliate links. If you buy something through them, I will receive a small commission at no additional cost to you. Thank you for supporting this website. For more information, please read our disclosure for more info.

How to get to Jiufen from Taipei

There are several ways going to Jiufen from Taipei. Besides calling an Uber, which is a viable but more expensive option, there are two ways of getting to Jiufen by public transportation.

The easiest and most direct way is to take a public bus from Taipei to Jiufen.

The alternative way is to take a Taiwan Railways Administration (TRA) train to Ruifang and catch a bus to Jiufen.

The easiest and most direct route to Jiufen from Taipei: Take a direct Taipei to Jiufen bus

Perhaps the easiest way getting to Jiufen from Taipei is to take a direct bus from Taipei city centre to Jiufen. Taking a direct form of transportation can take out all the headaches of figuring out where to transfer, bus schedule, etc.

Bus 1062 goes from Taipei via the National Freeway No. 1 to Jinguashi. The route starts from MRT Zhongxiao Fuxing Station (忠孝復興站) and ends at Quanji Temple (祈堂廟).

Direct bus 1062 from Taipei to Jiufen

How to get to MRT Zhongxiao Fuxing Station

Wherever you are in Taipei, take the Mass Rapid Transit (MRT) to MRT Zhongxiao Fuxing Station, which is on both Bannan Line (blue) and Wenhu Line (brown).

Once you are there, take Exit 2, which will take you to Sogo Department Store (Fuxing Branch).

The bus stop is at the southwest corner of the intersection at MRT Zhongxiao Fuxing Station, on Fuxing South Road, between Zhongxiao Road and Section3, Zhongxiao East Road (see location).

Where to alight at Jiufen

The bus journey takes about 60 minutes or so as it stops at various places, including TRA Ruifang Station.

There is another direct bus from Taipei to Jiufen. Bus 965 passes by MRT Beimen Station (捷運北門站) and goes to TRA Ruifang Station, Jiufen and Jinguashi. The route is similar to bus 1062, but there is less bus on this route.

Once you are at MRT Beimen Station, take Exit 2. The bus stop is near the subway entrance on Tacheng Street. See the map below.

When you reached Jiufen, alight at the same bus stop as bus 1062.

Direct bus 965 from Taipei to Jiufen

An alternative route to Jiufen from Taipei: TRA train to Ruifang + bus to Jiufen

If you like train travel as much as I do, you would want to experience the efficient Taiwan Railways Administration (TRA) train system.

However, you cannot go directly from Taipei Main Station to Jiufen via a TRA train. The train only goes to Ruifang.

If you take this route, you will have to first take a train to Ruifang then a public bus to Jiufen.

You don’t have to buy the train ticket in advance; make sure you have enough money on your EasyCard or iPass.

TRA from Taipei to Ruifang

Once you arrived at TRA Ruifang Station, there is a sign at the entrance/exit indicating where you can take a bus to Jiufen and Shifen. See photo above.

The bus stop for Jiufen is at District Square, which is a few blocks east of the train station on the same road, Section 3, Mingdeng Road (see location).

Bus from Ruifang to Jiufen

After a day of exploring Jiufen and surrounding areas, it is time to head back to Taipei. And the only way to leave Jiufen is on a public bus.

There will likely be a lot of people leaving Jiufen at the same time as you. This means there will be a lot of people waiting at the bus stop. Don’t worry that you won’t be able to get back to Taipei or wait a long time. Many buses leave Jiufen. Just make sure to allow for some waiting time.

Are you going to visit Jiufen while you are in Taipei?

Jiufen is one of many easy day trips from Taipei. If you want to see the rural side of Taiwan and get out of the hustle and bustle of Taipei, definitely make your way out to Jiufen and enjoy a day of exploring a charming town and taking in breathtaking views. 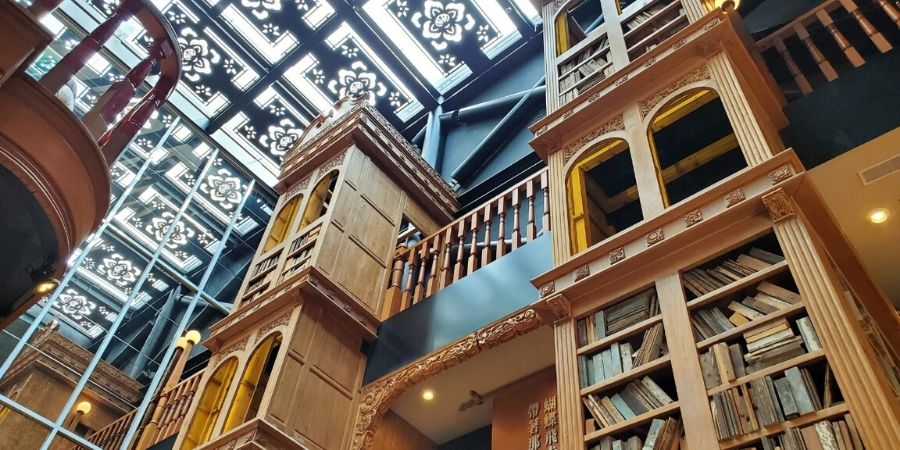 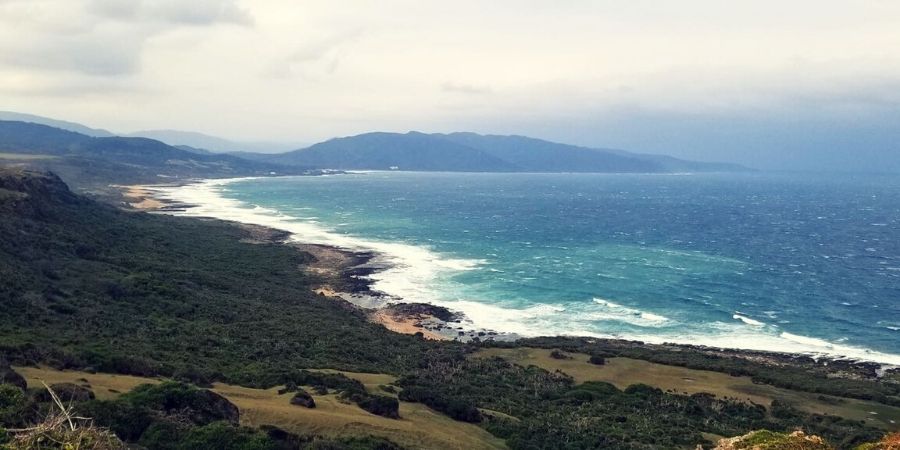 Kenting Travel Guide: Things to do in Kenting Taiwan

17 Free things to do in Singapore alone

I've been thinking alot the past few days about ev

Happy International Women’s day! 💕 . To all

I’ve been in Hong Kong for exactly a year now. I

The Covid situation is getting better in Hong Kong

Happy Chinese New Year! Today is the first day of