While there are many things to do in Osaka, a visit to Himeji Castle from Osaka is a must for travellers. As one of the top three most beautiful original castles in Japan, Himeji Castle is a UNESCO World Heritage Site and Himeji’s biggest attraction.

While visiting Himeji Castle is the highlight of a Himeji day trip, there are many other things to do in Himeji like Koko-en Garden, Shoshazan Engyō-ji Temple and a couple of art museums in the city.

With half a million inhabitants, Himeji City is one of the friendliest cities in Japan. I met friendly people who will go out of their way to make me feel welcome even though we do not speak the same language. Without a doubt, Himeji has a special place in my heart and has made my solo trip to Japan quite memorable. This is why I put together a one-day Himeji itinerary so you can experience the joy as well.

What you need to know before you visit Himeji

Before you visit Himeji, take a look at my post on everything you need to know before going to Japan. I included a lot of tips on how to get around Japan and other travel tips.

Are are additional travel tips that you may find useful for travelling to Himeji:

How to travel from Osaka to Himeji

Himeji is a small city in Hyogo Prefecture, only 100km west of Osaka. There are two options for travelling from Osaka to Himeji: Shinkansen (bullet train) or a local (rapid) train. If possible, try to arrive in Himeji before 9:00 am so you can explore Himeji Castle when it opens.

For all the train options below, you can check Hyperdia for schedule and cost.

A visit to Himeji Castle is a must for any traveller’s checklist. But there are many things to do in Himeji besides seeing the beautiful white castle.

I put together a comprehensive one-day Himeji itinerary for anyone who wants to visit the charming town and see all the top Himeji attractions in one day. My self-guided Himeji tour includes all the top things to do in Himeji, including food recommendations.

I included all the top things to do in Himeji on the interactive map. You can click on each pin to get more info.

When you visit Himeji Castle as a day trip from Osaka, you will visit one of the top three most beautiful original castles in Japan. Known as the White Heron Castle, the main keep is a six-level castle with pristine white-plastered exterior walls that resembles a white heron in flight.

The castle was damaged during World War II and natural disasters like typhoons and earthquakes in recent history. It went through many restorations including the most recent restoration between 2009 and 2015 where part of the repair include the main keep’s roof, re-plastering the exterior walls, and reinforcement to some of the structural pillars.

Today, the UNESCO World Heritage Site is the biggest attraction in Himeji. You can learn about the history of the castle at the museum and take in the panoramic view of Himeji City from the top floor of the main keep. Furthermore, the beautiful garden surrounding the garden is one of the best places for viewing cherry blossom during spring.

Himeji tourism is doing a great job of promoting the city and Himeji attractions. For Himeji Castle, there is an app you can download where you can listen to the audio guide on your smartphone for free. Just scan the code on site and listen to the informative guide.

Himeji Castle is easy to find. Just walk up Otemae-dori (the main street) from the Himeji Station.

Purchase a combination entrance ticket for ¥1,050 and you can visit both Himeji Castle and Koko-en Garden. Otherwise, pay ¥1,000 for visiting the castle only.

Located right next to Himeji Castle, Koko-en Garden is composed of nine traditional Japanese gardens connected, along with a small beautiful pond and an onsite restaurant. The atmosphere is peaceful (especially if you just visited Himeji Castle on a busy day!). Follow the path at the entrance and let it take you on a journey through one of the best gardens in Hyogo Prefecture.

The combination ticket includes the entry for Koko-en Garden.

After a quick lunch, indulge in art or learn about the history of Hyogo Prefecture. Choose one of the three museums in Himeji for an afternoon of cultural fun.

Himeji City Museum of Art has over 3700 pieces of artwork in the forms of painting, sculptures and other arts and crafts. The majority of the exhibit is composed of French artists like Monet and Matisse. And the museum has artwork by Japanese artists, of course. You really can’t go wrong with paying just ¥200 for such a large exhibit.

Hyogo Prefectural Museum of History is an one-of-a-kind museum where it has exhibits displaying history and culture of Hyogo Prefecture and Himeji Castle. Not only do you learn more about the Hyogo Prefecture, but you can also experience the museum itself which was designed by Kenzō Tange, a Japanese architect and a winner of the Pritzker Prize for architecture. Kenzō Tange designed a lot of modern architecture post World War II and won the competition for the design for Hiroshima Peace Centre and Memorial Park. So even if you do not go into the museum, you can still admire the building from afar.

Himeji City Museum of Literature has different visuals to display works of literature to make the exhibit interesting for visitors.

Aside from the exhibits, the building itself is a masterpiece. Designed by Tadao Ando, a Japanese architect who also won a Pritzker Prize award, the building embodies Ando’s design trademark where simplicity in design and spatial relationships are both emphasized.

Even if you don’t have time to visit the museum, you should see the building. The building itself is a piece of art. Tado Ando’s work can be seen in other parts of Japan including a few notable buildings like the Chichu Art Museum on Naoshima Island.

Himeji Castle is definitely the highlight of Himeji. But the temple complex called Engyō-ji Temple hidden away in Mount Shosha is pretty impressive as well.

The group of temples were founded about 1,000 years ago by a holy Buddhist priest who was guided by Monju, the God of Wisdom and Intellect. Legend has it that anyone who climbs this mountain will be purified spiritually. To this day, many people still make the pilgrimage to Mount Shosha and Engyō-ji Temple.

Furthermore, Engyō-ji Temple is the 27th temple on the Saigon Kannon pilgrimage and one of the most famous temples to visit in Western Japan.

Aside from the history, the forest surrounding Engyō-ji Temple has a peaceful atmosphere and zen-like feel. It is an excellent spot for cherry blossom in spring and also fall foliage in autumn.

The best way to get to Mount Shosha is by bus. Take bus #8 at bus stop #10 just outside of Himeji Station. It journey is about 20 minutes and costs ¥270 each way. You can use your IC card or pay cash.

At the base of Mount Shosha, buy a return ticket for the ropeway for ¥1,000, unless you want to hike up and back down.

7. Himeji Castle in late afternoon or at night

If you cannot get enough of Himeji Castle, drop by the castle again after visiting Mount Shosha, or before dinner. The castle is particularly beautiful after the sun is down and when the lights shine on the building itself. Even though the castle is closed, you can still take many fantastic photos from afar.

And after a full day of exploring Himeji Castle and all the attractions in the city, it is time to return to Osaka. The last train to Osaka from Himeji is at 11:17 pm.

Himeji accommodations (if you want to stay overnight)

Most people will take a day trip to Himeji and return to Osaka. But I really like the small-town feel of Himeji City and would recommend staying a night or two if you want to take your time travelling through Japan.

As a solo female traveller, the Himeji accommodations are pretty good and inexpensive. The majority of hostels and hotels are near Himeji Station. Booking ahead is encouraged but not necessary.

Where to eat in Himeji

Eating in Himeji is very affordable. Most food options are in walking distances and centrally located between Himeji Station and Himeji Castle. Try some of the local specialities including try conger eel or oden (Japanese one-pot dish made with eggs, daikon radish, fishcakes, etc.).

Are you taking a day trip from Osaka and see Himeji Castle?

It is super easy to visit Himeji Castle from Osaka as a day trip. The efficient train system can take you from Osaka to Himeji in less than half an hour. Plus, you can follow my Himeji itinerary to see all the best attractions along with the beautiful castle all on the same day.

I hope you find my Himeji travel guide useful. If you have any other questions, leave a comment below. 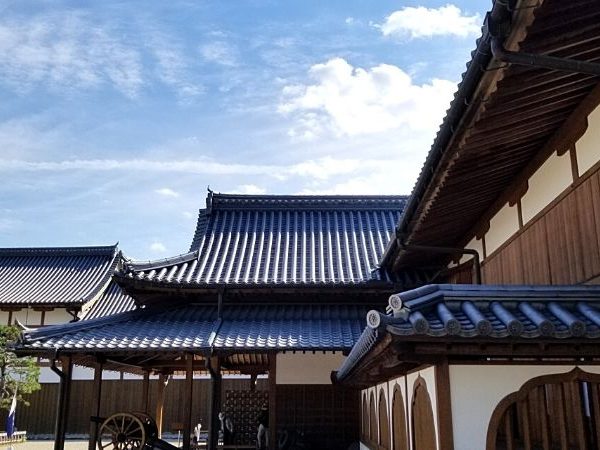 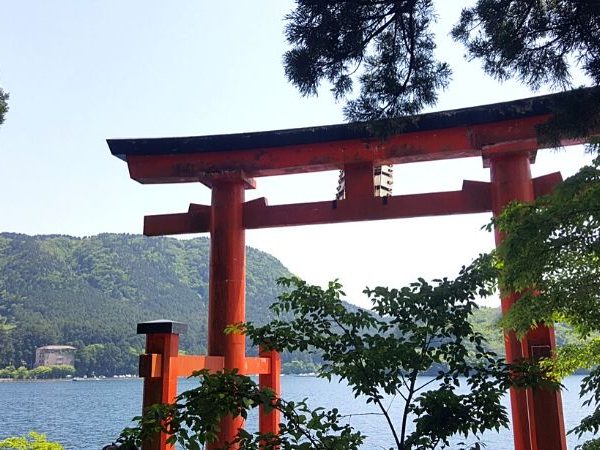 Japan Travel Tips: Things I Wish I Knew Before Going To Japan As a Solo Traveller 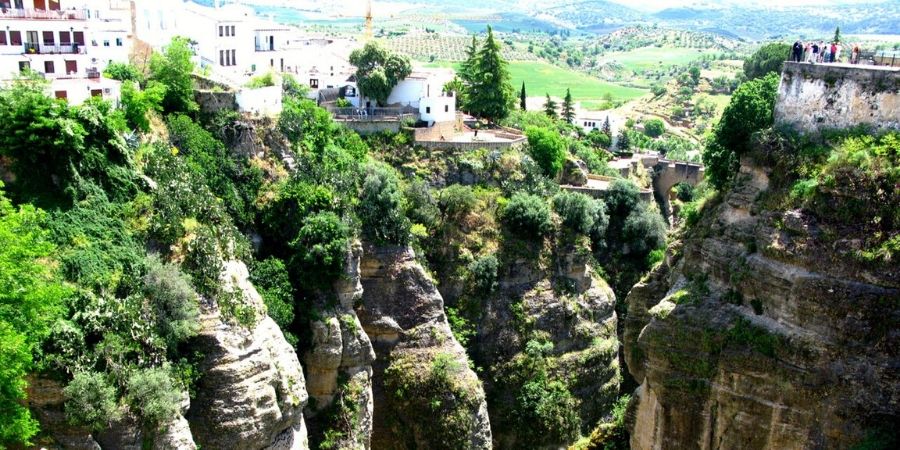 10 Off the Beaten Path Travel Destinations for Solo Travellers

Hiroshima 2 day itinerary: All the Best Things to do in Hiroshima in 48 Hours